Getting to Know the Final Frontier Before you go

Sure, space is the final frontier. But how many of us will get to explore it? I prefer calling Africa the final frontier of travel. This is one of the places on earth where you can truly get lost, and enjoy every minute of it…

To get the best out of your visit, a little bit of research goes a long way and some inside information from a veteran African traveler like me might just be helpful. Here are a few pointers:

1. Hippos are far more dangerous than crocodiles and lions

The biggest people-killer in Africa is the chubby and strange looking hippopotamus. These guys are unpredictable and can be very aggressive. They are also surprisingly fast. Keep a look-out for hippos and steer clear.

2. Don’t worry too much about visas, but make sure you have car papers

Contrary to popular belief, you will not need a visa for every African country you travel through. There are some shortcuts, for example:
When you are traveling around in West Africa, you can get a single visa that covers Togo, Burkina Faso, Benin and Cote d’Ivoire. It is valid for two months, is called a Visa Touristique Entente (VTE) and costs around US$50. I found the Embassy of Benin to have the quickest turnaround time and the least amount of hassle, but you can get a VTE from any of the other embassies.

Bear in mind though that it is not as simple for hired cars, unless you are driving through Morocco, Tunisia or Algeria. Strangely, cars seem to need more papers than people in Africa and hire companies are not particularly helpful. They will not issue you with a carnet de passage (car papers) unless you have insurance and can provide them with proof that you are able to afford import duties, should the car stay behind for some reason. It is best to request the necessary documentation from the national motoring organization of the country, unless you are happy to buy a Temporary Import Permit when you cross the border. The cost of this is variable – some travellers believe that it depends on the border official’s mood on the day…

3. There are deserts, mountains and forests

Plan according to the terrain and weather of the country and the area you are visiting and make sure you take appropriate footwear. There are vast deserts, enormous mountains, soft green hills, flat savannas and sprawling rain forests with diverse weather conditions in every area. 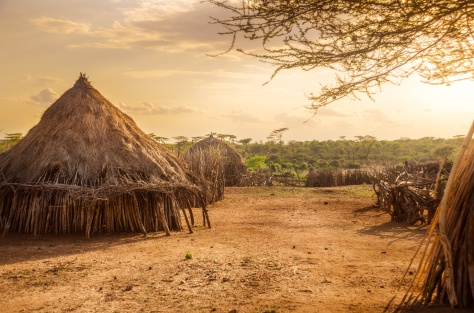 4. Don’t worry too much about getting all the jabs in the book

Your best bet is to check the CDCs website to see which shots you need and then speaking to your GP – instead of getting all the shots you can. Africa is very, very big and regions have different health problems. It is important to research this in advance, however, since many of the inoculations require a series of jabs.

Africa has innumerable ethnic groups with hundreds of languages and even more dialects. Some will speak English or Portuguese, but in my experience French is the European language most likely to be spoken. Although the French spoken in Africa is quite different to European French, any French will come in useful – especially in countries like Rwanda, Burundi, Algeria and Tunisia. Be prepared to find it difficult to understand the various accents at first.

6. Africa is not hot all the time

Believe it or not, Africa can be dangerously chilly in places and you can even go skiing in some areas like the Maloti Mountains in Lesotho and the Atlas Mountains in Morocco. I found the biggest difference between Africa and Europe in colder weather is that Africa is not very well equipped to deal with it. Think: no central heating, no double-glazed windows and no properly insulated buildings. Although I generally avoid the colder regions and the colder months, I have heard of fellow Europeans being colder in Africa than ever before in Europe. Again, it is important to read up on climates and weather patterns before you go.

7. You will probably need to be brave at times

If you are nervous of insects, sounds in the night, rowdy locals or less than sanitary conditions, it is best to book an arranged tour, with tour guides and starred hotels. If you are more adventurous, do some research, pack your backpack, take a deep breath and get ready for the time of your life…

20 thoughts on “Seven Things you Should Know Before Visiting Africa”

Hello World! My name is Rafael Berber, I'm a freelance software developer. Mostly I work online with friends and partners all around the globe. I was born and raised in Salamanca, Spain now days I'm based in London with my beautiful fiancee Anastasia. We Love Traveling all over the world. I have explored a few continents, but Africa is by far my favorite place! Welcome to my blog! 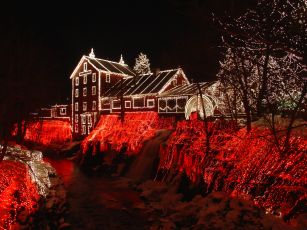 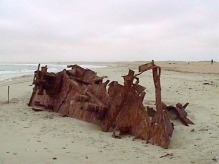